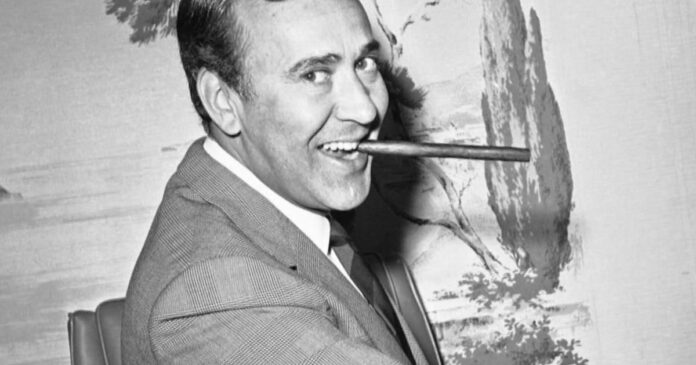 The National Comedy Center, in Jamestown, New York, is home to artifacts of TV comedy, such as Lucille Ball’s polka-dotted frock from “I Love Lucy”; Jerry Seinfeld’s ruffled shirt; and the curtains from “The Tonight Show Starring Johnny Carson.” And now, it houses the Carl Reiner Department of Archives and Preservation.

The TV legend’s three children – actor and director Rob Reiner; Annie, a psychoanalyst; and Lucas, an artist – have donated 75 boxes of their dad’s scripts, screenplays and photographs to the Center, because, said Rob, “He had a life that needed to be archived and preserved.”

Axelrod asked, “You got a guy from the Bronx, who seems to be heading off for a career repairing sewing machines, and he ends up with part of a museum named after him? Would that have given him pleasure?”

“He would have loved it,” said Annie.

“Because no way would he ever have expected that to happen,” Rob added.

The museum’s director, Journey Gunderson, is thrilled to have every one of the 18,000 pages of Carl Reiner’s work. “One of the things that we can showcase is process,” she said. “You see multiple drafts of every script; you see handwritten notes in the margins; you see the painstaking effort that went into the fine-tuning of the laugh.”

His career spanned seven decades, creating American comedy’s royal lineage, as a second banana to Sid Caesar on “Your Show of Shows”; and as straight man to Mel Brooks’ 2,000-Year-Old Man. Rob said, “He’d paint him into a corner, and then Mel had to come up with something brilliant to get out of it. He loved doing that. He loved getting those things out of people.”

He was also creator of “The Dick Van Dyke Show,” about a young sitcom writer, loosely based on Reiner’s own life.

Lucas said, “I think of him sitting at his desk the first five years of my life, writing ‘The Dick Van Dyke Show.’ That was his favorite.”

“You saw that spirit there, and that humor,” said Annie.

Carl was father to one of the stars of perhaps the greatest sitcom ever, “All in the Family”; husband to the woman who, in “When Harry Met sally,” delivered one of film’s all-time great one-liners (“I’ll have what she’s having”); and mentor to the likes of Steve Martin, Lily Tomlin and Bette Midler.

“He got 12 Emmys, he got the Mark Twain Prize, but he never thought about those things,” said Rob. “The greatest gift was his ability to give to other people, and give his humor, and make people feel good.”

In one corner of a room at the National Comedy Center you’ll find the soul of the archive, what Rob said “got me more than anything”: two chairs from Carl Reiner’s den, where he and Mel Brooks (now 96) would eat dinner and watch TV every night, after Brooks’ wife, Anne Bancroft, and Carl’s wife, Estelle, had both died.

“They talked a lot about old music, and old actors, and old movies,” said Annie.

“They took a lot of naps,” added Lucas, “because they were so old.”

The men who’d formed one of comedy’s great partnerships had an even more meaningful connection: their friendship.

Rob said, “And after he passed away, for the longest time, Mel would [come] over to the house, and sit there, have dinner, and watch television, when my dad wasn’t there, for a whole year.”

Carl Reiner died in June of 2020, when everyone was distracted by the pandemic. Perhaps his life and legacy weren’t celebrated the way they deserved to be. But now, how Reiner shaped our culture is on brilliant display at this museum – his humanity, his humor, and his humility, as evident when he accepted the Mark Twain Prize in 2000: “I’m standing here because Sid Caesar and Mel Brooks and Mary Tyler Moore and Dick Van Dyke and Steve Martin were in my life. That’s the truth. And that’s all I got to say.”

And a command of how to live life that was also museum-quality.

“How he lived his life was the greatest advice I could get.”