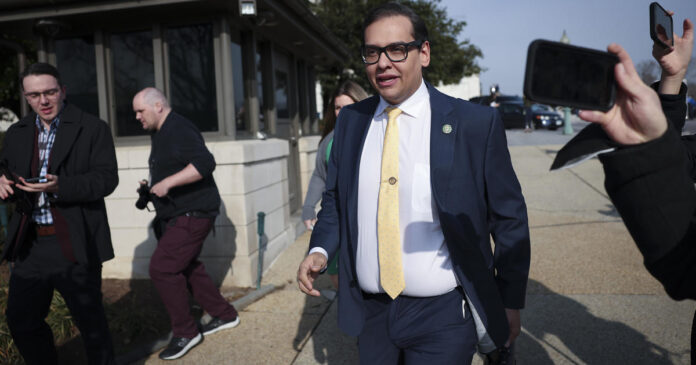 Despite growing calls to resign, Rep. George Santos has secured seats on two congressional committees and the backing of House Republican leadership. But calls from CBS News to his office in New York’s 3rd congressional district — which still has his predecessor’s name on the building — were forwarded to a neighboring congressman.

“He hasn’t shown his face since the election and I don’t think we’re ever going to see him,” said Grant Lally, a Republican lawyer who runs the GOP-leaning newspaper The North Shore Leader.

The latest involves accusations that he stole money from a veteran with disabilities who was trying to get lifesaving surgery for his dying service dog.

Rich Osthoff, who is homeless, said Santos helped him raise $3,000 for his dying dog through Santos’ pet charity. But Osthoff said he never got the money from Santos, and his dog died six months later.

In a text message allegedly between the two, Osthoff told Santos: “My dog is going to die because of god knows what. That … fatty deposit is benign. It needs removal, and I’m sick of being jerked around. I’ll take her to another vet, but the cash was raised on her behalf. It’s … 3x the size it was in April.”

“It diminished my faith in humanity,” Osthoff told CBS News.

Santos denied the story to Semafor.

“Fake,” Santos texted the news outlet. “No clue who this is.”

There’s also the falsehood on his campaign website in which Santos claimed his mother was in the World Trade Center on 9/11. Yet a source told CBS News that his mother’s immigration documents show she was in Brazil at the time of the attack.

Caitlin Huey-Burns is a political reporter for CBS News.