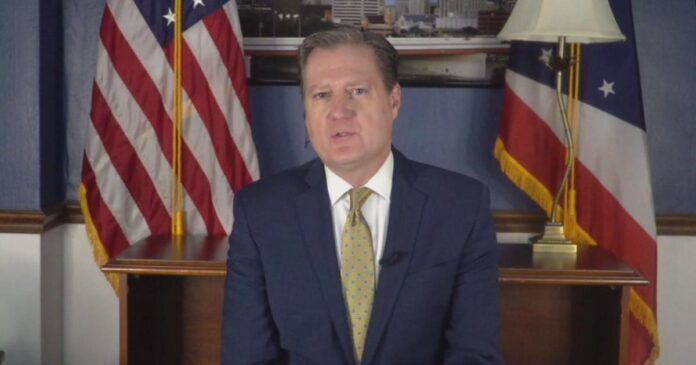 Washington — GOP Rep. Mike Turner, the top Republican on the House Intelligence Committee, said Sunday that he cannot think of a reason for President Biden to have documents bearing classification markings from his time as vice president and senator at his Delaware home.

“This is a real critical question to all this — why did he have these documents to begin with?” Turner said in an interview with “Face the Nation.” “And that is why the special counsel’s work is going to be really important, because I can think of no reason why the president should have taken home, as a senator or as vice president, any classified documents that clearly have no protection. They’re available and open to anybody.”

Bob Bauer, Mr. Biden’s personal attorney, revealed Saturday that another six items marked classified were discovered during a consensual search of the president’s Wilmington, Delaware, home conducted by the FBI on Friday.

In addition to records, some of which were from Mr. Biden’s time in the Senate and others from his tenure as vice president, federal investigators took handwritten notes for further review, according to Bauer.

The discovery of the records on Friday is the latest since early November, when Mr. Biden’s lawyers found roughly 10 documents marked classified dating back to his time as vice president in his former office at the Penn Biden Center for Diplomacy and Global Engagement in Washington. A subsequent search of the president’s Wilmington house on Dec. 20 turned up a second batch of records in the garage, and a total of six pages of documents marked classified were found during a search of his private library.

A source familiar with the inquiry told CBS News the total number of known sensitive documents found since November is between 25 and 30.

In response to the initial discoveries at the Penn Biden Center and Mr. Biden’s Wilmington house, Attorney General Merrick Garland appointed a special counsel, former federal prosecutor Robert Hur, to oversee the investigation into the material.

Turner told “Face the Nation” that determining why Mr. Biden had the documents and who he showed them to will be “crucial” to Hur’s investigation.

“The chain of custody here is going to be important, because we know that these were in Joe Biden’s hands and Joe Biden’s control, then ended up behind his Corvette in his garage and in his office, that he did not control and also throughout his house, so the special counsel is going have to deal with the issue of, what was the chain of custody? Who had these? Why did he take them to begin with? When did he get them? When was he handed these documents? And what did he do with them?” the Ohio Republican, who is expected to chair the Intelligence Committee, said.

Republicans have criticized Mr. Biden for his handling of sensitive material — Turner called the president a “serial classified document hoarder” — and accused the Justice Department of treating Mr. Biden differently than former President Donald Trump, who is being investigated for the alleged improper removal and storage of classified information in unauthorized spaces, as well as the alleged unlawful concealment or removal of government records.

The GOP-led House Oversight and Accountability Committee has also opened an investigation into the documents found in Mr. Biden’s possession, while the Judiciary panel is expected to examine the Justice Department’s handling of the matters involving Mr. Biden and Trump.

Turner has asked Director of National Intelligence Avril Haines for a damage assessment of the documents from Mr. Biden’s vice presidency as well as a briefing on the conduct. He said Sunday that he has not received a response from the intelligence community.

In Trump’s case, more than 300 documents with classification markings were found at his South Florida residence, Mar-a-Lago, and efforts by the National Archives and Records Administration to retrieve the records from Trump’s presidency spanned more than a year.

During the wrangling, the Justice Department obtained a grand jury subpoena in May for all documents marked classified in Trump’s possession at Mar-a-Lago, and after uncovering evidence indicating classified documents were still at the property, secured a court-approved search warrant for Mar-a-Lago in early August.

Garland appointed a special counsel, Jack Smith, to take over the Justice Department’s investigation into Trump’s handling of sensitive government documents in November.

The White House has stressed that Mr. Biden has cooperated with the Justice Department’s probe and will continue to do so. Bauer on Saturday said the president and his personal attorneys offered to provide “prompt access” to his Wilmington house to allow the Justice Department to search the entire premises for vice presidential records and documents marked classified.