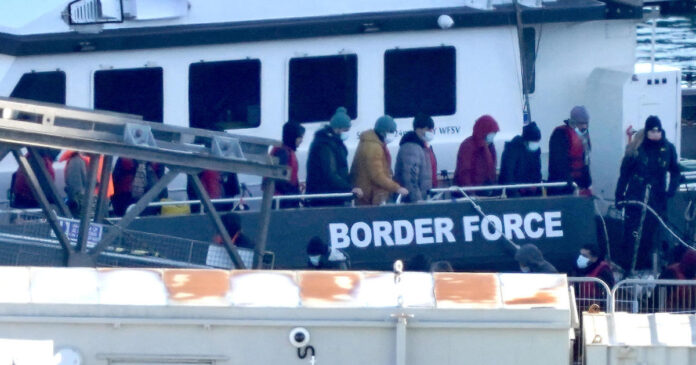 Approximately 200 children who were seeking asylum in the United Kingdom have gone missing from hotels where they were being housed, Britain’s immigration minister told members of Parliament on Tuesday. Robert Jenrick called the situation “extremely concerning,” BBC News reported.

Jenrick said that out of 4,600 asylum-seeking children who had arrived in the U.K. since 2021, 440 had gone missing, but half had returned to their accommodations. He said the majority of the missing children are teenage boys from Albania, and that he had not seen evidence that they had been abducted.

Asylum-seekers who make it to the U.K. are often housed in hotels while their asylum cases are processed. This can take many months.

Opposition lawmaker Yvette Cooper said there was “a criminal network involved” in removing the children from the hotels where they were staying, and that the government was “completely failing to stop them,” according to BBC News.

Over the weekend, the British newspaper The Observer reported that dozens of children had been kidnapped by gangs from a hotel housing asylum-seekers in the English coastal city of Brighton. CBS News cannot independently verify this report.

“Children are literally being picked up from outside the building, disappearing and not being found. They’re being taken from the street by traffickers,” an unnamed whistleblower from a company contracted by the British government told The Observer.

Britain’s Home Office said that it was not true that children were being kidnapped, The Observer reported, and that they were free to leave their accommodations.

“It is a total dereliction of duty,” Cooper said, “for the Home Office to so badly fail to protect child safety or crack down on the dangerous gangs putting them in terrible risk. Ministers must urgently put new protection arrangements in place.”