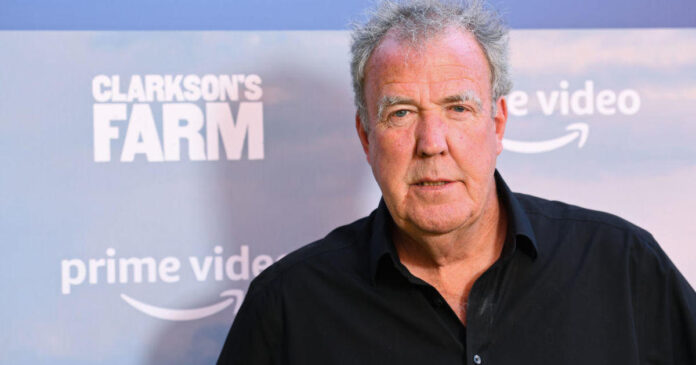 Prince Harry and Meghan Markle’s Netflix docuseries, released in December, made headlines and became a polarizing topic of discussion in many circles. One of their most vocal critics, British TV presenter Jeremy Clarkson, has now offered a new and more direct apology for comments he made in a column published in The Sun newspaper, in which he said he “hates” Markle.

In the December article, which has been removed from The Sun’s website, Clarkson said he lies awake at night “grinding my teeth and dreaming of the day when she [Meghan] is made to parade naked through the streets of every town in Britain while the crowds chant ‘Shame!’ and throw lumps of excrement at her.”

The article immediately received widespread backlash, including more than 20,000 complaints to the U.K.’s Independent Press Standards Organization, which aims to hold newspapers and magazines accountable to uphold certain standards. Clarkson then said he was sorry his comments “caused so much hurt,” but he stopped short of apologizing directly for what he said.

In an interview with ITV, Prince Harry said the article was “horrific and hurtful and cruel towards my wife,” BBC News reported.

In his new statement, shared on Instagram Monday, Clarkson said he usually he reads his work to someone before submitting it, but he was in a hurry when he wrote the article about the couple and he “just pressed send.”

“I really am sorry,” he writes. “All the way from the balls of my feet to the follicles on my head.” He said he became aware of the criticism as a “slow rumble” at first, “but then the rumble got louder.”

In the statement, Clarkson said he was referring to a “Game of Thrones” scene in his description of Markle being paraded through the streets, but forgot to mention it in the article. He made the same explanation on Twitter after the article was published: “Oh dear. I’ve rather put my foot in it. In a column I wrote about Meghan, I made a clumsy reference to a scene in Game of Thrones and this has gone down badly with a great many people. I’m horrified to have caused so much hurt and I shall be more careful in future,” he tweeted.

He said he had been “accused of all sorts of things” in the past but “it was very rarely sexism,” and he was angry with himself after the debacle with his column.

“I was mortified and so was everyone else,” his new statement reads. “My phone went mad. Very close friends were furious. Even my own daughter took to Instagram to denounce me.” Clarkson’s daughter, Emily, wrote at the time: “I want to make it very clear that I stand against everything my dad wrote about Meghan Markle.”

The Sun published an apology on December 23, writing: “We at The Sun regret the publication of this article and we are sincerely sorry.” Still, critics called on Clarkson to be fired — or even charged with a hate crime, he says in his statement.

Clarkson said he emailed an apology to Prince Harry and Meghan on Christmas morning. “I said I was baffled by what they had been saying on TV but that the language I’d used in my column was disgraceful and that I was profoundly sorry,” he writes.

In their documentary series, “Harry & Meghan,” the couple said  what drove them to leave their roles in royal family in 2020 was the antagonizing media, which perpetuated rumors and sometimes made racist comments against Markle, who is biracial and the first person of color to join the royal family.

The series quickly became Netflix’s most viewed documentary ever.

In Prince Harry’s new book “Spare,” released last week, he also called out the British media and said his family was not supportive as he and Meghan struggled with the tabloids and especially the “racial undertones of comment pieces” about his wife.

“What Meghan had to go through was similar in some part to what Kate and what Camilla went through, very different circumstances. But then you add in the race element, which was what the press— British press jumped on straight away.”

Clarkson stars on “Clarkson’s Farm,” an Amazon Prime Video series, following his attempt at running a farm. Variety reports that Amazon will likely part ways with Clarkson and canceled a virtual press event for the show on Monday.

Clarkson also hosts “Who Wants to be a Millionaire” on ITV in the U.K. Kevin Lygo, the head of ITV’s media and entertainment division, said there were no plans “at the moment” to replace him as host, BBC News reports.

Caitlin O’Kane is a digital content producer covering trending stories for CBS News and its good news brand, The Uplift.