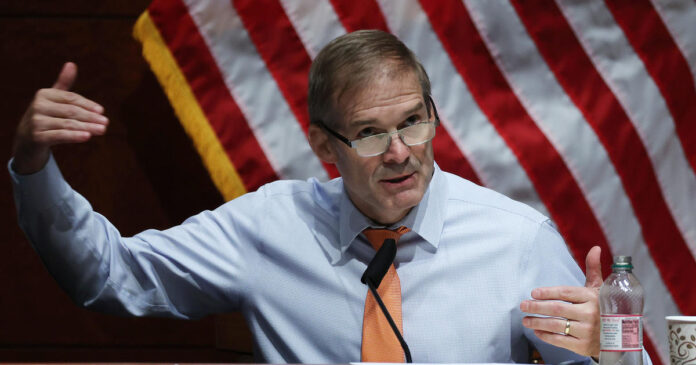 Washington — The Justice Department told House Republicans there would be strict parameters limiting its ability to fully cooperate with congressional probes into the department’s work.

In a letter Friday to the new House Judiciary Committee chairman, Rep. Jim Jordan, the department cited the need to safeguard ongoing investigations.

“Consistent with longstanding policy and practice, any oversight requests must be weighed against the Department’s interests in protecting the integrity of its work,” Assistant Attorney General Carlos Uriarte wrote. “Longstanding Department policy prevents us from confirming or denying the existence of pending investigations in response to congressional requests or providing non-public information about our investigations.”

The correspondence — the department’s first since Republicans took control of the House — was in response to a series of Jan. 17 letters from Jordan renewing requests for information and documents related to Justice Department policies that have come under scrutiny by Republican congressional leaders during the prior Congress.

Referencing a longstanding policy “to decline to provide committees of Congress with access to, or copies of, open law enforcement files except in extraordinary circumstances,” the department signaled to House Republicans that there will be boundaries to prevent any interference in ongoing investigations.

“We believe that good-faith negotiations will enable us to meet the Committee’s needs while protecting the Department’s institutional interests,” the letter said of what’s likely to be a difficult balancing act ahead.

On last week’s episode of the CBS News podcast “The Takeout,” Jordan said he was prepared for resistance, he told host Major Garrett, “We know we’re going to get pushback. We know this is not going to be easy.”

He went on to say whistleblowers inside the Justice Department and its law enforcement component agencies would be key to their oversight work.

“The Department is committed to protecting the rights of whistleblowers,” Friday’s letter responded, “and to complying with both the letter and spirit of the Whistleblower Protection Act.”

Uriarte’s response contains one specific reference to Jordan’s Jan. 13 request for documents and communications related to the Justice Department’s handling of classified documents found at President Biden’s home and a private office he once used.  In a footnote, Uriarte wrote, “We are also in receipt of your letter to the Department dated January 13, 2023, and will respond under separate cover.”

The Justice Department launched an initial investigation into the matter in November. Attorney General Merrick Garland appointed a special counsel, former federal prosecutor Robert Hur, to investigate last week. Hur is expected to begin his probe by the end of the month.

Tensions between the executive branch and congressional committees of the opposing party are not new. In 2019, after taking control of the House, Democrats fought Donald Trump’s Justice Department over access to the underlying investigatory materials of the Mueller Report and over the testimony of then-White House Counsel Don McGahn, among other hot-button issues. The disagreements prompted the relevant committees file lawsuits that ultimately granted them access to their requested information after months or years of litigation.