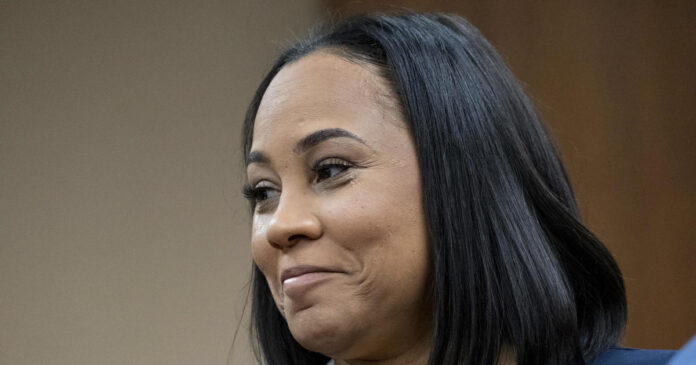 Describing herself as “one of the few people to have had the opportunity to read the report,” Willis said releasing it “at this time” would be inappropriate. The 23-person panel of Georgians, with three alternates, interviewed 75 witnesses while probing efforts by Trump and his allies to overturn the presidential election.

The special purpose grand jury, an investigatory body that can recommend charges but cannot indict, was dissolved earlier this month after submitting its report to Willis and Judge Robert McBurney.

“We are asking that this report not be released, because, you having seen that report, decisions are imminent,” Willis told McBurney during a hearing Tuesday.

Willis’ office has indicated in court filings that others have faced scrutiny in the probe, including a group of 16 Georgia Republicans who participated in an alternate elector scheme, and former Trump attorney Rudy Giuliani.

Attorneys for a broad coalition of media organizations, including CBS News, submitted a filing Monday arguing that “the public interest in the report is extraordinary.”

The coalition noted that, according to a Jan. 9 order by McBurney, the grand jury recommended releasing the report.

Prosecutor Donald Wakefield said the office isn’t necessarily opposed to releasing it in the future, but wants it kept secret until charging decisions are made.

“Our position should not be understood to be a blanket opposition to release of the report forever and ’til the end of time,” Wakefield said.

“We believe the report should be released now, and in its entirety, and that approach is consistent with the way the American judicial system operates,” said Tom Clyde, an attorney for the media coalition.

“It is not unusual for a district attorney or a prosecuting authority to be uncomfortable with having to release information during the progress of a case,” Clyde said, arguing that the secrecy of the grand jury process came to an end when the report was filed.

“The jurors themselves have asked for it to be published,” Clyde said.

Attorneys for those who were witnesses or targets of the investigation were allowed to participate in the hearing, but did not.

Attorneys for Trump said in an emailed statement Monday that “to date, we have never been a part of this process.”

“The grand jury compelled the testimony of dozens of other, often high-ranking, officials during the investigation, but never found it important to speak with the President,” said attorneys Drew Findling, Marissa Goldberg and Jennifer Little. “He was never subpoenaed nor asked to come in voluntarily by this grand jury or anyone in the Fulton County District Attorney’s Office. Therefore, we can assume that the grand jury did their job and looked at the facts and the law, as we have, and concluded there were no violations of the law by President Trump.”

McBurney did not indicate when he’ll make a decision, but said during Tuesday’s hearing he needed to “think about this a little bit.” McBurney said he planned to send both sides follow-up questions.