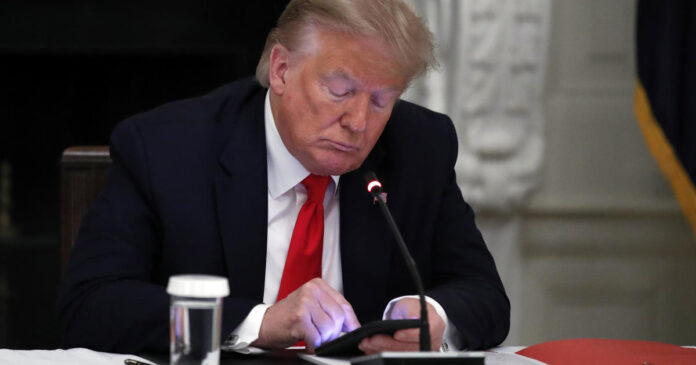 In the letter, Trump’s lawyers wrote that a continued ban of the former president and 2024 candidate from the platform could be seen as a deliberate effort by the company “to silence Mr. Trump’s political voice.”

The lawyers for the former president also asked Meta executives for a meeting to discuss Trump’s “prompt reinstatement to the platform.”

Trump’s campaign wrote to the social media company this week in an effort to reinstate him. CNN first reported the request.

Facebook initially suspended Trump on Jan. 7, 2021. In June of that year, he was banned for two years dating back to Jan. 7, 2021, with no guarantee that he would be allowed to return. When Trump announced his third presidential bid in November, the company said it had no plans to reverse its ban at that time.

At around the same time, Twitter also banned Trump from its platform, but Elon Musk, who took over the company in October 2022, restored Trump’s account in November 2022, after a Twitter poll found a majority thought he should be allowed to return.

At the time, however, Trump suggested he’d already moved on. “I don’t see any reason for it, they have a lot of problems at Twitter, you see what’s going on. It may make it, it may not make it,” he said soon after Musk restored his account. His last tweets on the platform are from January 2021.

Trump started his own social media platform Truth Social in hopes of competing with Twitter and Facebook, but the company has suffered some setbacks, including SEC and Justice Department investigations.

Fin Gomez and Musadiq Bidar contributed to this report.