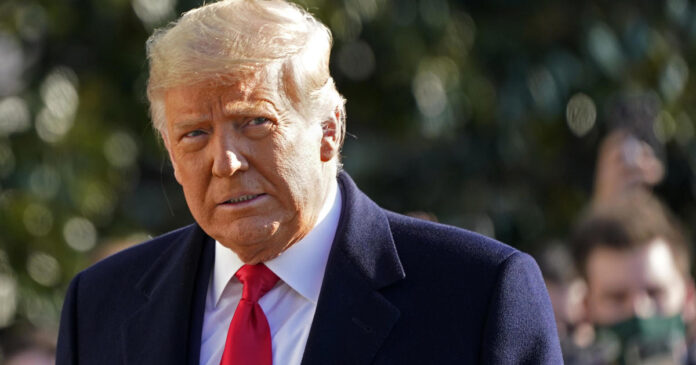 Former President Donald Trump and one of his attorneys were ordered Thursday to pay nearly $1 million for a “completely frivolous” lawsuit against Hillary Clinton and others.

Middlebrooks wrote that the suit against Clinton, former FBI officials and the Democratic Party “should never have been brought.” Middlebrooks ordered Trump and attorney Alina Habba to pay $937,989.39 to Clinton and the other defendants.

A spokesperson for Habba and Trump declined to comment.

On Friday morning, Trump voluntarily dropped a lawsuit against New York State Attorney General Letitia James that had sought to stall her office’s $250 million civil case brought in September against Trump and his company. James’ office has accused Trump and his company of widespread fraud.

A spokesperson for the New York Attorney General’s Office declined to comment.

Middlebrooks, who was also the judge assigned to Trump’s suit against James, cited that suit as an example of Trump’s misuse of the courts for political purposes.

“Mr. Trump is a prolific and sophisticated litigant who is repeatedly using the courts to seek revenge on political adversaries,” Middlebrooks wrote. “He is the mastermind of strategic abuse of the judicial process, and he cannot be seen as a litigant blindly following the advice of a lawyer.”

Trump’s suit against Clinton was dismissed by Middlebrooks in September. The suit had claimed Clinton, former FBI Director James Comey and other officials had conspired to hurt Trump and his 2016 presidential campaign through allegations of collusion with Russia.