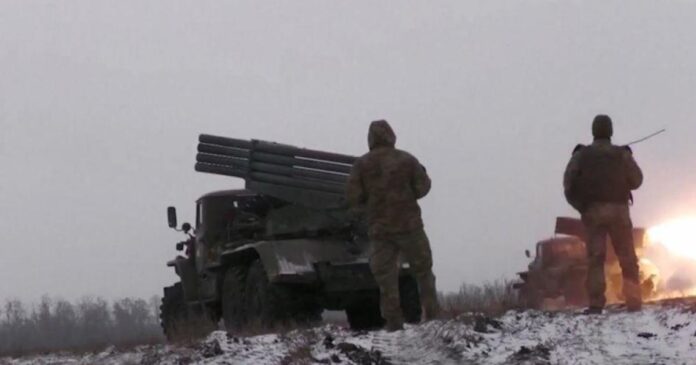 Near the Ukraine-Russia border — Ukraine‘s leaders repeated their urgent plea Thursday for the country’s Western allies to send modern battle tanks and other heavy weapons to help them fight off Russia’s invasion. U.S. officials were to discuss the request again Friday with NATO allies in Germany. So far, Germany has resisted Ukraine’s request, backed by the U.S., to send modern “Leopard” tanks, with Berlin calling on Washington to make a similar commitment before it will do so.

A U.S. official has confirmed to CBS News that another package of military aid for Ukraine is set to be announced Friday, worth about $2.5 billion. The drawdown on U.S. hardware is expected to include about 100 Stryker armored fighting vehicles, plus more of the more-robust Bradley fighting vehicles.

CBS News national security correspondent David Martin says the vehicles, along with the main battle tanks Ukraine is hoping for, would be used to launch a counteroffensive against Russian positions in the east of the country.

That’s where Ukraine’s forces are locked in a brutal land war along a front line that stretches from north to south across the country. Their efforts to claw back ground in eastern Ukraine that has been occupied for months by Russia have been stymied by frigid weather, difficult terrain — and, say Ukrainian commanders, outdated equipment.

CBS News visited some of the Ukrainian troops holding that front line this week, catching a shell-rattled glimpse of trench warfare that looks like it should have been left behind in another era.

After a bumpy ride along freezing, muddy roads, we reached an undisclosed location on the front, not far from the Russian border, where we met the men of the Bogun Special Forces Brigade.

Looking up, we saw typical, bucolic Ukrainian pine forest. But down below, cut deep into the earth, was a warren of fortifications.

It’s one thing to take back territory, but Ukraine then must defend it, which is why they’ve dug trenches along hundreds of miles of the front line. Inside the dugouts, the soldiers face not only Russia’s weapons, but mother nature’s.

Mud, rain and extreme cold are a constant presence, and Ukraine’s forces are still bracing for the coldest weeks of winter.

In an underground bunker, a wood fire keeps the men from freezing. There are warm beds and hot food and drinks.

“It’s not so hard, you can get used to any harsh conditions,” Major Chekan told us.

No matter how many miles of trench he and his men manage to dig along the front, Chekan said the quickest way for Ukraine to win the war that Vladimir Putin launched almost 11 months ago, is with more heavy weapons.

That’s why he and other Ukrainian commanders have welcomed the U.S. decision to send armored fighting vehicles and advanced missile defense systems.

But the message to the NATO commanders meeting this week in Germany is clear: What’s been promised so far, won’t be enough.