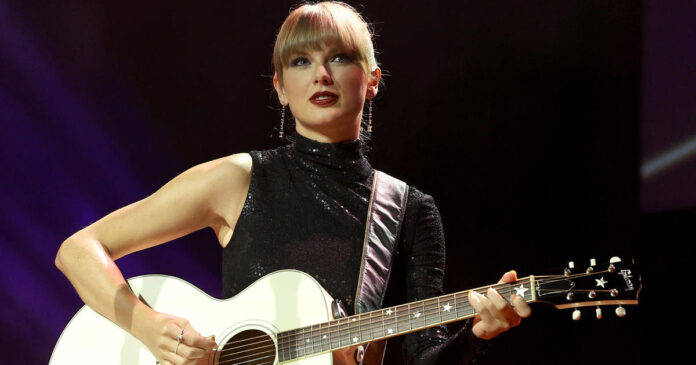 Ticketmaster is set to defend itself publicly for the first time since the concert promoter’s highly publicized meltdown late last year during ticket sales for Taylor Swift’s “Eras” tour.

Joe Berchtold, the president and chief financial officer of Live Nation, which owns Ticketmaster, is one of six witnesses set to address the Senate Judiciary Committee in a hearing scheduled to start Tuesday at 10 a.m.

In prepared remarks, Berchtold claims that the live concert industry is more competitive than it was a decade ago, when Live Nation merged with Ticketmaster, and that the ticket seller doesn’t control capacity or pricing.

“Primary ticketing companies, including Ticketmaster, do not set ticket prices, do not decide how many tickets go on sale and when they go on sale, do not set service fees,” he said in opening remarks released before the hearing.

“We do not use algorithms to set prices,” Berchtold added.

Lawmakers quickly announced the hearing after Ticketmaster in November canceled a sale for Taylor Swift’s concert tour when the service experienced technical glitches and what it called “historic” customer demand for seats. Swift had planned her “Eras” Tour for 52 concerts across 18 venues, with Ticketmaster the primary ticketer for all but five of those shows.

The episode also led to calls for a breakup of Ticketmaster, with critics charging that the ticketing platform, promoter and venue owner monopolizes the market for events.

Ticketmaster is estimated to have a market share of more than 70% of the U.S. primary ticketing industry, and is the primary ticketer for over 80% of professional sports teams and venues for the NBA, NHL and NFL. Live Nation disputes those claims, saying that its market share has shrunk since the 2010 merger.

“Ticketmaster has lost, not gained, market share, and every year competitive bidding results in ticketing companies getting less of the economic value in a ticketing contract while venues and teams get more,” Berchtold said. “U.S. ticketing markets have never been more competitive than they are today, and we read about new potential entrants all the time.”

Live Nation put much of the blame on bots and scalpers who scoop up tickets in order to resell them. At least some artists agree with this assessment. In a letter supporting Live Nation, country music star Garth Brooks asked the committee to make scalping illegal.

“The crush of bots during an on-sale is a huge reason for program failure NO MATTER WHO THE TICKET SELLING COMPANY is. And the one who ALWAYS pays for this atrocity is the customer, the LAST one on whom that burden should fall,” Brooks wrote in a letter submitted to the committee.

Live Nation claims it has invested millions developing anti-bot technology on the platform.

The Department of Justice is investigating Live Nation over whether the company’s market power violates antitrust law and hurts competition, and the Tennessee Attorney General’s office is investigating the Swift incident, as well as what some fans allege was subpar customer support during the snafu.

Solving the mystery of the Chinese spy balloon